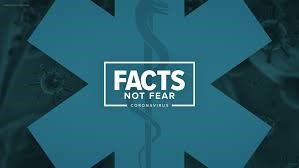 On Monday, April 6th, the S&P 500 recorded one of its best days in history. Exaggerated bounces are not uncommon in bear markets, but the flurry of one-day rallies since stocks recorded their most recent low on March 23 have something in common: they coincide with increased clarity on the nature and progress of the pandemic, the provisional successes of social distancing measures, and the size and swiftness of the fiscal and monetary responses.

Over the weekend and early this week, what amounts to a consensus forecast has emerged regarding the path the virus is likely to take in the U.S. and other rich countries. As is often said, markets hate nothing so much as uncertainty; thus, while the estimates of death tolls and jobs lost are grim, the very fact that the precision of these estimates has improved is enough to warrant some bullishness on Wall Street. Italy and other hard-hit Western European countries are beginning to provide a template for the timeframe to an “exit strategy”.

Currently, what this consensus appears to be saying is that these European countries have “bent the curve” as China did, though at greater human cost. Social distancing is working. New hospital admissions and deaths are declining in Italy and appear to be as well in Spain. Infection rates are slowing in Germany and the U.K. Early estimates of hospital capacity being overwhelmed in London and New York have been revised lower, due to heroic increases in the number of beds, ventilators, and staff available, and due to the effectiveness of social distancing at slowing the spread of the virus. Even the dismal calculus of the final death tally has been improving in recent days. The IHME, a respected modeling group at the University of Washington who has begun publishing helpful forecasts of hospital under-capacity, revised downward its best guess of how many Americans will ultimately succumb to the virus, from 94,000 to 60,415 this week.

The IHME and other modelers still project a peak in hospital resource use (beds, ICU beds, and ventilators) in mid-April, followed shortly by a peak in daily deaths. The strain on hospitals is expected to gradually lessen over the course of May, with different areas of the country experiencing different peak dates (New York’s is expected to come this week). An apparent plateau in the number of new cases in New York City, highlighted in Governor Andrew Cuomo’s daily press briefings, seems to confirm these models. What this means is that the soonest extreme social distancing measures are likely to be relaxed is by early May, though the decision will be taken by governors and mayors on a place-by-place basis. The resumption of normal economic life will not come all-at-once either, but rather on a rolling timetable. Move too fast and aggressive social distancing could recur, as Singapore proves. A second wave is likely, but the shutdowns across the world are buying health authorities precious time to prepare.

What we need in order to reopen for business is aggressive testing, contact tracing, and isolating of positive cases, a model pioneered by South Korea. The U.S. is now running upwards of 150,000 tests a day (proportionally more than Korea), but delays and backlogs still abound. Serological surveys, currently underway, will help determine who may be immune and can go back to work. We await clinical data on a number of therapeutic options, from plasma donations, to the much-hyped hydroxychloroquine/azithromycin combo, to immune modulators, to a number of promising antivirals. These data will begin rolling in over the course of April. The bad news is that, for any disease, a large number of drugs show promise in small studies or in vitro while ultimately failing to have any real clinical effect. The good news is that medical science has never mobilized so fast and at such scale to attack a novel disease; literally hundreds of treatments are being tested, and the biology of coronaviruses is well understood, so many of these are likely to be effective. Affordable, widely available therapeutic options should help protect us from overloaded hospitals and rationed ventilators if a new wave hits in the fall.

Is it possible to relax social distancing in parts of America by May 1? If we continue to ramp testing, coordinate public-private efforts to trace contacts, and produce solid clinical data backing certain treatments (beyond rumors or personal anecdotes), we just might be able to meet that deadline. It’s more likely that most of the country will remain in some sort of quarantine into mid-May or early June. It is certain that until a vaccine arrives for mass production early next year at the soonest, a full resumption of normal activity will be impossible. Large gatherings like conferences and sporting events, for example, will probably remain on hold. But, with the unprecedented speed and scale of government relief efforts, it appears the economy as a whole will avert a lasting depression. Earlier, stricter lockdowns may  indeed portend better economic performance as the pandemic recedes. Markets are forecasting machines, and to traders, that alone is reason for optimism.