No, Virginia, There Is No Santa Claus Rally This Year 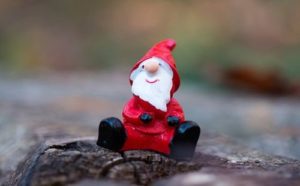 December has been a tough month for stocks, but seasonal effects often give equities a boost in the new year.

Well, there may be a Santa Claus Rally this year, but it likely will be overshadowed by the losses the market has seen thus far in December. What is a "Santa Claus Rally"? It is a market anomaly when the stock market often goes up during the month of December, usually in the last week of the month. Similarly, there is another market trend called the “January Effect,” which presumably occurs when investors sell stocks in December only to buy them back in January for tax purposes. Why the stock market usually rises during that period no one seems to know with reliability. At the end of the day, stock market rallies are attributable to the collective psychology of market participants. Some years, stocks may post strong gains from December into January; other years, not so much. This has been good for an average 1.3% gain in January since 1950, and it has yielded positive returns about 75% of the time since 1969.

This year is ending with a particularly volatile and uncomfortable tone, as investors have panicked and aggressively sold stocks in fear of a recession in 2019, despite little evidence of such a grim outcome ahead. The changes in underlying fundamentals do not warrant such a harsh reaction, but the pattern for most of this investment cycle has been to sell first and ask questions later. The legacy of the financial crisis of 2008-2009, another debt deflation crisis in the euro area during 2010-2012, the long U.S. business expansion (in terms of years, not the rise in real GDP), perceived elevated leverage and asset prices, Fed rate hikes, and huge potential geopolitical threats, have combined to drive this volatility in the market. While we acknowledge these risks and the context for concern, we believe this selloff is overdone. The current imbalances are not so severe as to trigger a recession in 2019, nor do we believe that inflation will be a big enough threat to cause monetary settings to become restrictive.

We expect the U.S. economy will slow down some next year, but nothing too severe. China is rebalancing and unlikely to disappoint, barring an escalation of its trade war with the U.S. Euro area expectations are now quite depressed, setting the stage for positive surprises, even if economic momentum merely stabilizes. It is difficult to envision the euro area growing dramatically, but most investors are underemphasizing the benefits from the rise in the U.S. dollar this year and the recent drop in oil prices, not to mention continued ultra-accommodative monetary policy. Rather, they seem to be extrapolating this year’s disappointing growth and obsessing over the daily political noise at home and abroad. We believe that bond yields have entered an extended consolidation phase, that the Fed is likely to be a bit more cautious in the near term, and Washington will likely tone down the protectionist trade threats in the coming months. Certainly, a considerable amount of economic weakness is already discounted in the market, which leaves room for positive surprises.

Our longer-term outlook for returns has been rather temperate going into this year, relative to the historical return expectations of most traditional asset classes. Most of that has been based on our expectations for moderate global growth and continued low (albeit slightly higher than current) inflation, combined with a gradual normalization of central bank policy rates. That said, the starting point is now better for long-term investors. The recent correction improves long-term expected real returns for global equities. Overall equity valuations are reasonable against a backdrop of ongoing economic expansion, even if interest rates resume rising (assuming any rise is gradual rather than sharp). The 12-month forward P/E ratio for global stocks is about 14x, which is a five-year low. For emerging markets and the euro area, 12-month forward P/E ratios are below the 2015-2016 lows when global deflation and recession fears were elevated.

We remain cautious in the near term, having bought more and more short-term cash equivalents and Treasury Bills over the past few months. However, markets are now discounting much greater weakness than we expect in 2019. Equities and credit are now more attractive than earlier this year. Our neutral stance on equities and underweight on longer-term fixed income corresponds with our expectation that stocks will outperform bonds in the year ahead, albeit in a choppy fashion. All the while, we continue to look for creative, absolute-return strategies with low correlations to traditional asset classes to build our portfolios around, no matter what Santa brings.