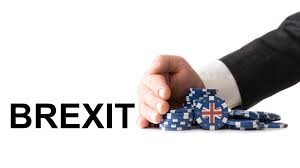 Given the U.K. vote to leave the European Union and resulting weakening of the pound, we wanted to review our thoughts as we plan our course forward. It is important to note that the financial markets didn’t anticipate “Brexit,” resulting in a decisive correction in equity and currency markets that usually would have already been priced into trading.  Although opinion polls had narrowed during the final few weeks of the campaign, financial markets had been broadly positioned for a “Remain”  vote, as there has been a pretty broad rally over the most recent activity. The S&P 500 was up 3.4% this year through Thursday June 23rd, and it has weathered extraordinary volatility along the way, being down about 11% year-to-date back in mid-February, before this rally.  Most recently, since June 17th, the market was up about 2% assuming a vote to Remain, and is now down about 3% after the vote to Leave.  For now, we see this more as a political crisis than we see it being the beginning of another financial crisis.

We note that the forces fueling Britain’s historic referendum were similar to those unearthed in U.S. politics over the past year. Both here and “across  the pond,” political establishments and the elites have found themselves on the defensive. Rising resentment over the fallout from globalization and the effects of the financial collapse of 2008, which has widened the gap between the rich and everyone else, has divided voters in Britain and the U.S. The choices in the two countries may be different, but what animates the sentiment behind the votes springs largely from the same set of grievances. Even the make-up of the voters are similar. Here, as in the U.K., voters are polarized along recognizable lines: young vs. old; college-educated vs. non-college-educated; urban vs. small town and rural.

The financial markets are reacting swiftly, as they often do, but Britain’s exit from the EU will obviously affect the global economy over a longer period.  The U.K. is just 4% of global GDP. Even in a worst-case scenario, this economy is not large enough to derail the global economy. For perspective, China is four (4x) times larger than the U.K. and their economic slowdown has had relatively modest global impacts.  Although the Brexit vote is likely to be ratified, this process will take years to play out. The renegotiation of trade treaties and the actual exit from the EU will require a lot of work. In the meantime, the financial markets are not asking if this is just negative for the U.K. (which it is, though probably not catastrophic), they're worried that this is the start of something much more significant - the beginning of the collapse of the EU and the European Monetary Union  (EMU). That's an outlier risk and one that should be considered; however, it appears unlikely given that the U.K. was always distanced from the EU to begin with, as they were never a part of the EMU.

The road ahead presents some unchartered territory for Britain, the EU and the rest of the global economy. Despite the significant uncertainty surrounding this issue, we have high conviction in our investment process and we will continue to monitor the events as they unfold and will keep you posted as to our thoughts and plans.