Will this Weekend Bring a Greek Tragedy? 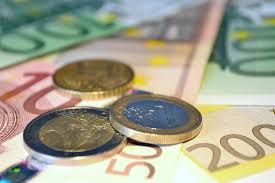 As we celebrate U.S. Independence Day this weekend, Greek voters will be asked to decide whether they're willing to accept continued austerity in a referendum widely seen as a vote on staying in the Eurozone or declaring their independence from the monetary union.

We continue to believe the odds favor Greece staying in the monetary union and extending its program with creditors. Accordingly, we are electing to maintain our existing investment exposures, despite the prospect of near-term volatility until the immediate Greek crisis is resolved. Short-term caution is definitely in order, in light of heightened uncertainty surrounding the upcoming Greek referendum. However, underlying global fundamentals warrant maintaining our investment policy. The global economy is on a moderate expansion path, monetary policy is highly reflationary and increasingly effective, and risk assets have consistently demonstrated resilience to one-off shocks.

So far, the contagion from the initial announcement of the pending referendum has been less than many feared, which is encouraging. However, it is too early to render a definitive judgment.  There are four main pathways:

Aside from the outcome of the referendum, the crucial issue is the policy response from euro area authorities. A forceful response should be able to contain any contagion from Greece to other periphery economies, which in turn would prevent leakage into capital markets outside the region.

Based on current information, we think that Greece will vote yes this weekend and the government (most likely interim) will re-open negotiations with the creditors. So far, the limited fallout for euro area risk assets and periphery country bond spreads bolsters our confidence that any downside risks will be temporary.