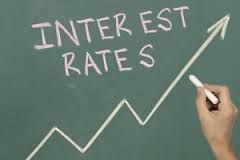 Almost seven years to the day since cutting the Fed funds target to zero in the depths of the financial crisis, the Federal Reserve increased the target rate by a quarter of one percent.  We believe that this increase should have a limited impact on the financial markets since the forward markets have mostly priced in such an outcome for a while.  The Fed had prepared the financial markets for the rate hike, and would  have created considerable confusion and uncertainty if it had balked, as it did in September.  The Fed backed off from hiking in September due to financial market turmoil and fears of Chinese/global economic deterioration. It then pulled a U-turn at the October meeting.  Over the past couple of weeks, the question about delaying a rate hike had come up again due to the further escalation in tensions in the commodity pits, with daily new lows in oil prices, and the potential for severe contagion in financial markets.

The post-Great Recession period has witnessed a seemingly endless string of negative shocks that have held back business and investor risk-taking. More such shocks (or a continuation of the existing drags) may develop over the next year. However, unless the shocks are notably worse, then we believe that further employment gains and decent GDP growth should still occur. The preoccupation with the level of oil prices should soon give way to the fact that the slide will slow noticeably on an annual rate-of-change basis, which should cause headline inflation to move up and potentially fears of deflation to diminish.

Absent a material change in the conditions above, we believe the pacing of rate increases over the course of 2016 will likely be modest. The market continues to expect a shallower path of increases over the course of next year than is suggested by the Fed’s updated projections.  Therefore, you can conclude that the hyper-accommodative global monetary backdrop is not going to suddenly disappear, although financial market sentiment may not improve until oil prices clearly stabilize. The big-picture trend is a continuation of cheap money and gradually improving global growth, led by the large developed economies, which should be positive for equities and the other risk assets.