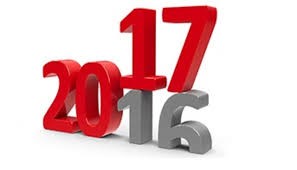 Reflecting on 2016, there was no shortage of momentous news headlines, from major global elections with unexpected results and populist influences (e.g., Brexit and the US presidential election); to terror attacks in Europe and America; to the deaths of so many beloved celebrities.  As far as the capital markets were concerned, the year began with fears of global recession and deflation, driven by an ongoing collapse in the price of oil and worries about China’s economy.  To compound matters, investors were uneasy over the Federal Reserve’s December 2015 rate hike. This resulted in a double-digit sell off in equity markets over the first six weeks of the calendar year, and a further drop in the yield on the 10-year US Treasury, which eventually bottomed at 1.37% on July 8th.

After the initial risk-off period, global central bank policies helped improve liquidity and a stronger labor market boosted economic growth modestly. Corporate earnings began to recover, and the stock market indices rose through most of the rest of the year, with the exception of a brief sell-off following the Brexit vote. Interestingly, Brexit and the US presidential election standout not only because the polls were so wide of the mark, but also because the markets defied expectations by eventually rising in the wake of both unforeseen results.  In the end, for 2016, the S&P 500 was up +12%, the S&P 350 Europe was flat and the MSCI Emerging Markets was up +11%.  The 10-year US Treasury, which was slightly negative during the year, ended the period with a yield of 2.45%.

The sharp market reaction after the US election is starting to create an undercurrent of suspicion that conditions have moved too far, too fast relative to slower-moving fundamentals. US equity valuations reflect that phenomenon. Also, the steepness of the rise in both bond yields and the US dollar is concerning. If the trends persist upward at the recent pace, then it could eventually dampen growth, especially in the US, before the expected US fiscal stimulus kicks in and before US imports strengthen and trigger an improvement in global trade. Although it will take time to slow activity, for now there are few signs of an economic backlash, as most economic indicators and business/consumer surveys are still rising or at least holding at positive levels.  International equity and bond markets have seen more muted reactions since Trump won the election, and are thus less technically stretched. There is still considerable uncertainty, not only in the US but abroad. For instance, China is heading towards a slowdown in its "old" economy, as the housing boom may give way to yet another bust phase. Europe faces a challenging political period ahead, both on the continent and in the UK. Meanwhile, geopolitical and terrorist tensions show no sign of easing.  A rotation out of the US is still not underway, as equity investors are not willing to shift, despite better valuations elsewhere; it will probably take clearer signs that international earnings are on the upswing before a rotation takes hold (US earnings are already improving).

Valuation levels often depict whether equities are expensive.  Currently, by most measures, stocks are fairly-valued to slightly expensive in the US. This generally affects long-term stock performance, not short-term. However, it does imply the market is vulnerable to shocks and disappointments.  In the short run, investor sentiment more likely impacts stock movements more significantly. Both institutional and individual investors, according to the statistics, are highly bullish. This fact alone is not an issue for us, because market advances and higher investor optimism usually are mutually dependent. The issue occurs when that trend of optimism begins to fade.  Point being, we see the US equity market as vulnerable to more volatility than we have experienced of late, with a number of potential triggers that could lead to a corrective pullback.

When uncertainty and volatility arise, as they always do, the wisest course is often to maintain your strategic, long-term view.  We continue to (1) focus on low-correlated strategies, (2) overweight equities over bonds (versus our past allocations), and (3) favor taking on credit risk (while maintaining shorter duration) over longer-term US government paper. As always, thanks for your trust and confidence...and, HAPPY NEW YEAR!